Variables in both CSS and sass; 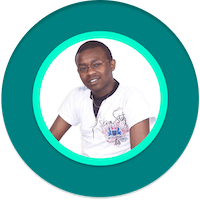 Subscribe to my newsletter and never miss my upcoming articles

Variables in CSS and SCSS are used primarily for two reasons that will be quite evident from our examples and subsequent explanation.

Applying these variables is also quite easy as follows;

Preprocessors are used to take some code in a particular format and render it another format in this instance SCSS to CSS. There are numerous benefits of working with them including;

Separating your code with production code.

Code written directly to the code editor may become messy and it normally is especially when it comes to styling. Sure, there code refactoring and review which normally takes a lot of time, but instead, a preprocessor does all this for you.

Secondly we can use functions and methods built-in SASS;

These functions make styling so much faster and also expand the capabilities of CSS without a lot of complications.

With Sass it's possible to nest code and also utilize partials which means easy management and arrangement of our code.

Finally, Sass can be expanded and utilize third-party snippets like functions, libraries, mixins, and frameworks which means it can be expanded beyond ordinary CSS capabilities.

This article focuses on variable and let's have a look at an example in SCSS;

These are all variables declared at the beginning of our SCSS file which is the preprocessor of CSS. These variables are applicable in any part of the code by just referring to the variable name. Example;

If an adjustment to the color is ever required only the value of the primary color ($primary-color: #28df99;) should be adjusted and the change applies to the entire code where this is applied.

It's important to however note that just like CSS, SASS reads its code in sequence from top to bottom so the variables must be defined before they are ever used in your code otherwise the style will not be applied.